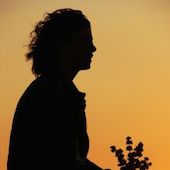 I used to think, in order to be fully recovered from anorexia, I had to be okay with getting fat; I had to no longer care what I looked like. Recovery, in my mind, what I thought all the therapists wanted, was to throw all consideration for appearance out the window. I had to be willing to let myself go.

But there’s a long way between those two extremes!

I remember trying to force my mind to surrender to that inevitability: If I’m not skinny, if I gain weight, I’ll be heavy. There was no distinction between heavier and too heavy in my mind.

Recently, a sweet friend still fighting with anorexia, sent me a picture of herself before she’d returned to a healthy weight,  “I just want to look like this again!”

I wrote her back, “Susan, that IS what you look like!”

But she couldn’t see it, there were pounds between her “before” and “after” weight restoration pictures. In her mind, heavier than what she used to be became too heavy. She couldn’t see the vast difference between the two extremes.

I remember trying to conjure up images of myself on the far other end of the spectrum. I tried to imagine myself looking at an overweight reflection and smiling without a care in the world.

I never got to that point either physically or mentally. Restoration of the weight I lost during the eating disorder didn’t suddenly inflate me into a blimp. And, as the weight returned, my irrational idea that I would simply quit caring about what I looked like, didn’t happen either.

I thought hard before I texted my hurting friend back. “Susan, I can promise you, there’s a long way between too skinny and too heavy. There’s something remarkably miraculous about the way God made our bodies—and I’m living proof! When we take care of them, nourish and move them, eventually they settle into the place and shape God intended them to be.”

It’s the bonafide truth. I did have to let go of the fear of gaining weight, but my desire to be beautiful didn’t change. Instead, I handed the responsibility for that desire into the hands of my Creator. After all, He knows exactly what I was meant to look like from the very beginning. As I gave into the time and process of recovery, He gave me eyes to see my own beauty.

He has made everything beautiful in its time. Ecc. 3:11a
Delight yourself in the LORD, and he will give you the desires of your heart. Psalm 37:4

A Scale Blast From the Past, by Christy Gualitieri