Death is Hard. Life is Harder–But Worth It

Home » Chasing Freedom » Death is Hard. Life is Harder–But Worth It 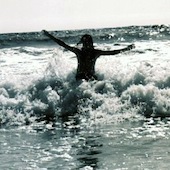 A friend of mine died from anorexia.

Her death changed me and my recovery more than I ever imagined. We were a lot alike. When we first met, we all but hated each other. But as time went on, we realized that having a friendship was better than being enemies and became excellent encouragers for one another. We prayed before meals and prayed before bed. We gave each other looks that said “I hate this too, but we’ve got this.”

She passed away two months after leaving treatment. The beast that is an eating disorder took her adulthood and robbed her of a life free from the bondage of anorexia. I sat awake all night when I found out, absolutely mortified. I didn’t cry until the next day, I think I was in shock. The last couple weeks of her life, she knew she was dying and just had to wait for it to come. That part horrified me the most. My heart was broken.

I ruminated over what I could have done to help her. I felt guilty for not knowing how sick she was and not being there to support her. Two years later, it’s still painful. I think of her often–there are songs on the radio or people I see who remind me of her, even hearing her name. Death is hard. Sometimes though I think living is harder.

When someone dies, people say that stupid line, “God must have needed another angel.” I thought to myself, “Does God like her more than me? Why can’t I go be an angel?”

Actually, for a while, I was convinced that I was going to die from my eating disorder too and I should just give up on recovery and accept relapse and death as my future. I know it’s horridly morbid, but it’s also painfully honest and I think most people with an eating disorder think thoughts along those lines at one point. That, “Is this ever going to get better and will this be worth it?” type thinking.

I’ve experienced countless beautiful moments in my life the last two years I cannot fathom missing out on, and it makes my heart break that my friend won’t have those types of moments. It also makes me so very grateful I have a second-chance at life. I have a chance to use my testimony to give God glory and save one of His daughters or sons; it’s daunting and beautiful all at the same time, but I will do it. I accept that as my God’s plan for my life over pre-mature death.

I don’t know why my friend was taken so young, or why God left me here. Trust me; I have contemplated it countless times; but I have concluded I am here for a reason. Maybe it’s to share her story, and my own. Recovery is difficult, at times it seems impossible, but I can still see that look in her eyes telling me “I know you hate this, but you’ve got it!”

What is Anorexia? by Constance Rhodes

No Turning Back (to Anorexia) by Sarah Landolt