Can Pain Save Your Life?

Home » Chasing Freedom » Can Pain Save Your Life? 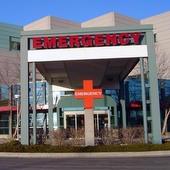 “When you’re having a heart attack, you know it. There ain’t no doubt.”

Those were his first words to me. I had just rushed to the hospital emergency room after I’d received a call that my close friend had been taken there because of chest pains. Even though I arrived only minutes after he had, he was already hooked up to monitors, had received a clot busting medication, pain medication and was on oxygen.

Within twenty minutes of my arrival my friend was being rushed by ambulance to a larger hospital fifty miles away. The doctors there discovered he had what is known as a “widow maker.” He had an artery that was 99% blocked, though previously it had never given any evidence of its existence. It had been a silent, ticking time bomb.

Forty-eight hours after he entered the hospital my friend walked out with the blocked artery opened by a stint. The doctor said he would live another thirty years!

It would be pretty easy to make a list of reasons my friend is alive today. At the top of the list would be God, followed by EMT’s, doctors, lab technicians, surgeons, nurses, researches who discovered how using stints in arteries could save lives, plus many others. But none of those elements (except God) would have entered the picture if he had not first felt that sledge hammer of pain in his chest. He immediately knew something was terribly wrong and went straight to our local ER.

I don’t know anyone who enjoys pain. But there is a difference in trying to avoid needless pain and trying to live a painless life. We seem to be consumed with living a life free of pain. Take a look at the number of “pain relievers” that are available over the counter. Then check out the statistics on the number of narcotics that are being prescribed for pain. It is staggering! In 2010 there were 131.2 million prescriptions written for hydrocodone.

People are also eager to numb their emotional pain by taking benzodiazepines (xanax, klonopin, valium) or by turning to alcohol and other drugs. Rather than allowing themselves to experience sadness, frustration, anger, hurt, and disappointment. They often run from these strong, uncomfortable emotions.

It is important to remember that pain, both physical and emotional, is present for a reason. The value of pain is that it tells us things that we might otherwise miss, like:
• something is wrong in our body (like a heart attack)
• we overextended ourselves and strained too much (causing pulled muscles or burnout)
• we are growing, making progress, adding muscle mass (because of exercise, lifestyle changes)
• we loved, we cared (which causes the pain of hurt and disappointment to be more intense)
• we have experienced loss (which results in sadness)
• we are in an unhealthy, abusive situation or are living an unhealthy lifestyle (producing anxiety and depression)
• we are self-destructive

We have to learn to treat pain as our friend and listen closely to what it is telling us for it to be of any benefit to us. My friend listened to his pain, responded in a responsible manner, and it saved his life.

Why Does God Allow Us to Live in Pain? (video)

Don’t Give Up the Fight, Julia D.