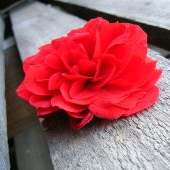 I’ve heard women say that their pregnancies seemed like they lasted forever, but mine has seemed to fly by at mach speed. However, I’m now in my third trimester, and although I’ll hear my son’s first cries in three or so months, I’ve heard this stage produces some of the longest days of a woman’s life.

I can’t say that this has all been a bed of roses. Seeing my body change the way it has, and having to put parts of my life that I love to the side for a while has been a little emotionally straining to the say the least. When you come from a background like mine, one stabilized in “safe” routines that keep me on the straight and narrow, it’s hard to let those things loose and let your baby and his health lead the way.

One of those routines is running. I took up running two years ago because I set a goal to run a 5k. I had no idea it would stick with me and become a part of my identity, though. Much to my dismay, twenty-three weeks into my pregnancy, I started having some pains, and running became questionable. I had to make the decision to stop, and that has been one of the hardest decisions I’ve had to make since running has become like a best friend to me. I have gotten used to setting goals and meeting them, and I wouldn’t trade anything for the friendships I’ve made along the way. Running has also helped me feel strong and empowered in a way that prevents me from having to rely on a number to determine my worth. Even though it’s hard to admit, letting go of things that have a power over us in any capacity is hard to do – even when it’s for something so important as pregnancy.

Similarly, (although I hate to compare the two in any context) just a few years ago I was still trying to hold on to another “power” that was anything but powerful; it was detrimental to my health. Like so many others who have struggled with eating and weight issues, my control and power issues over food and weight lingered inside my mind – and even my soul – up until about three years ago when God gave me the power to finally let them go. When something is a part of your identity for over a decade, it’s hard to let that section of yourself loose because you don’t know who you are without it. However, I had gotten so desperate, I was more than willing to venture out into the unknown and witness what a new life could bring me, and luckily, it turned my life around for the better.

Even though certain parts of my life have changed, and although I’m not 100 percent in control of my body and what happens to it anymore, I would much rather take this lack of “power” any time over dealing with the power I used to think I had and didn’t.

All transitions are difficult, but with God’s guiding hand and a patient, receptive heart, we can get through anything that might put a glitch into our plans. Isaiah 40:21 says: “But they that wait upon the Lord shall renew their strength; they shall mount up with wings as eagles; they shall run, and not be weary; and they shall walk, and not faint.”

This verse means more to me now than it ever has, and I hope you can find a way to apply it to your life, as well.

Why We Overeat (Constance Rhodes)

Emotional Eater – How to Turn to God Instead of Food (Video)