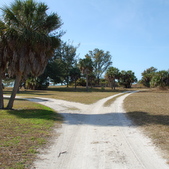 In the past couple of months, I have hit a glitch in my 5+ years of recovery from my Eating Disorder. What was moving along quite seamlessly, with only a few minor bumps along the way, was now in jeopardy. If immediate change didn’t take place, my “textbook” (as my dietician called it) recovery was heading toward the danger zone with the potential for relapse. I like to call this chapter of my recovery “Flirting with ED”. (ED is simply an abbreviation for Eating Disorder. I prefer to think of my Eating Disorder as another person, and naming it helps to put a face, if you will, to this very real disease.)

When I went into treatment five years and eight and a half months ago, the thought of ever running back into the arms of ED was the farthest thing from my mind. It simply wasn’t an option. I had divorced ED and never wanted to see his face again. But in recent months, the temptation to rekindle my love affair with ED has been strong. Don’t get me wrong, I didn’t want to marry ED and be committed to him forever. I didn’t even want to date him. However, the idea of flirting with ED, in order to cope with my current pain and feelings of desperation, was enticing.

Yet what I have found is that flirting can lead to dangerous consequences. What starts out as harmless, like exercising an extra ten minutes or forgoing that necessary snack, can eventually become so intriguing that it seduces you back into his arms – ED’s arms. And before you know it, you are exercising more than you should and completely skipping meals. Once back in ED’s tremendously strong clutch, it is incredibly difficult to break free. Not impossible, mind you—just a grueling task.

Is it worth it? Is it worth it to dance with the enemy for a fleeting moment of euphoria, only to be left wanting more? My conclusion is this:  No, it is not worth it. The cost is much too high. So today, I recommit myself to recovery.