A Tale Of Two Mistakes 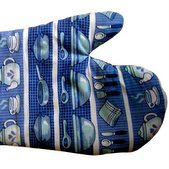 One evening at the supper table my youngest daughter wished for “that bread we make out of spider webs.” It took a few questions and a several minutes to figure out that she meant popovers. She’s not a big bread eater, but when a basket of popovers, still warm and steamy from the oven, appear on the table her whole face lights up.

Who can resist the requests of a six year old? It wasn’t long before popovers appeared on the menu.

I decided to make them healthy. I grabbed the bin of whole wheat flour when I mixed them up.

The problem is that whole wheat flour is heavier than bread flour. The steam from the evaporating milk and eggs just wasn’t enough to lift that heavy whole grain flour. My popovers didn’t pop over.

I stood there in the kitchen with my hands in the oven mitts holding a muffin tin full of dismally flat, rock hard popovers and I launched into my usual tirade against myself.

I rot! I cannot even make popovers. I am a terrible cook. Rich does everything right and I do everything wrong. His popovers would have been delicious. My popovers are lousy; I am lousy.

In the midst of that silent scolding, a simple thought came to me.

My life in its entirety couldn’t be, and shouldn’t be, evaluated by a single batch of popovers!

It was a different thought, an unusual and surprising thought, a true thought and with it came a flood of simultaneous tears and laughter as the completely ridiculous nature of the sweeping conclusions I was drawing about my life dawned on me. These all-encompassing statements emerged from a dozen popovers that would be forgotten next week. How ludicrous!

Once Jesus sat down on a mountain and told his disciples they were more valuable than birds. If Jesus was physically in my kitchen, I think he would have taken the muffin tin out of my hands, set it on the counter and said, “Elisabeth, you are more precious than popovers.”

With the new thought came gentleness and mercy instead of a rant against myself. The big mistake now seemed small. It was very simple. Next time I wouldn’t try to get fancy with the recipe, that’s all. I’d stick to bread flour. The tyranny of the bigger mistake now was quieted. This time I would allow myself the luxury of making the whole wheat flour mistake and in so doing, avoid the more harmful Elisabeth bashing mistake.

The flat popovers became beautiful and special because with them God showed me a new way to think.

Just then Rich came home from school and walked into the kitchen. I turned away from him toward the stove to hide the emotion long enough to search for the words to tell him what just happened. I didn’t know how to explain, but I showed him the dismal popovers while I reviewed my thought processes with him, hoping I could make him see.

He wrapped his arms around me and with smiles encouraged me that now I was thinking in the right direction. Together, we joyfully put the finishing touches on the meal, which included the round bread basket filled with whole wheat popovers, and called the children to the table.