Jennifer Walker, MA, LPC – Chairman
A Master’s graduate of Grace College and Seminary in Winona Lake, IN, Jennifer Walker maintains a private practice in Franklin, TN. Specializing in the areas of addiction, trauma, abuse and eating disorders, Jennifer has trained with such noted counselors as Dan Allender and Larry Crabb. Her grace-based approach to the therapeutic process, combined with her seasoned perspective on life, relationship and recovery work are valuable assets in her service to FINDINGbalance. An avid horse-woman, Jennifer can be found most Saturdays participating in a regularly scheduled fox hunt.

Karen Amos – Secretary / Treasurer
Karen has served FINDINGbalance in some capacity since 2009, first as staff, and now as a board member. In addition to her work with FINDINGbalance, her professional background includes the Texas Attorney’s General’s Office, intelligence work for the US Air Force, training intelligence officers for British Aerospace Engineering, or supervising parolees for the VA Department of Corrections. She she resides near Richmond, Virginia with her husband and two children, and is a school teacher for 8th grade students.

Michael Bianchi
Michael Bianchi has worked in marketing, artist development, and donor acquisition within the music industry for over 20 years, first at a record label and then running artist programs for NGO World Vision in the US and Australia. During that time, he has gained experience developing and growing the careers of artists, worked with artists to leverage their platforms to help others, built cohesive and effective teams, developed, refined, and implemented onsite activation techniques, and produced multiple events. Throughout his career, Michael has always been driven by the knowledge that he is contributing to providing hope to people in some way, which is the reason he is so excited to now serve on the board of FINDINGbalance.  Michael lives in the Nashville area with his wife and two sons.

Bruce Donaldson, Barnes & Thornburg, LLP
Bruce Donaldson is a partner in the law office of Barnes & Thornburg LLP’s Indianapolis, Indiana, where he concentrates his practice in the area of municipal finance. In recent years, Mr. Donaldson has served as bond counsel, underwriter’s counsel, borrower’s counsel, and bank counsel on numerous healthcare financing projects for hospitals, nursing homes, senior living facilities, and other healthcare providers. He also assists developers and businesses wishing to locate new facilities in Indiana by negotiating state and local incentive packages. Since 2007, he has been listed in The Best Lawyers in America® in the area of Public Finance. Mr. Donaldson received his J.D. summa cum laude from the Indiana University School of Law – Bloomington, where he graduated first in his class and served as articles editor of the Indiana Law Journal. Prior to that, in 1981, he earned a B.A. in economics from DePauw University where he was a Malpus Scholar, played on the varsity golf team, and was president of Phi Delta Theta fraternity.

A.J. Rhodes
A.J. is Vice President of Information Technology at Capitol Christian Music Group in Brentwood, TN, where he has worked since 1995 managing hundreds of users and millions of dollars worth of technical systems and equipment. He is also an accomplished musician, and regularly serves on the worship team at his church in Franklin, TN as well at Fb events such as Hungry for Hope. The husband of founder Constance Rhodes, AJ has served FINDINGbalance since its inception in 2001, guiding and working in various capacities over the years, particularly when it comes to the technical side of things but also with respect to vision and mission integrity.

Constance Rhodes. FINDINGbalance is a ministry borne out of Constance’s own struggles with food and weight, as well as her mom’s. Constance is the author of Life Inside the Thin Cage: A Personal Look into the Hidden World of the Chronic Dieter, The Art of Being: Reflections on the Beauty and the Risk of Embracing Who We Are, and Finding Balance with Food: A 12-Week Guided Journey to Greater Health and Freedom. A former marketing director for what is now Capitol Christian Music Group, Constance’s experience in the entertainment business has had a strong influence on the shaping of FINDINGbalance as a media-based resource for those seeking freedom from eating and body image issues. It has also informed her approach to presenting on these topics, and she has become a frequent and respected speaker on themes of eating disorders, body image, recovery, and life/spiritual balance. Constance lives in Franklin, TN with her husband AJ and their three children.

Angelica Gonzalez, LMHC is a psychotherapist in Miami Florida with over a decade of experience in mental health, and is a frequent presenter locally and nationally on themes of eating disorders, creativity in the therapeutic process, and healing from trauma. Angelica has also served as an adjunct professor at the University of Miami in Miami, Florida where she teaches students group therapy. Whether in her private practice or in her work with FINDINGbalance, Angelica utilizes traditional evidence-based therapy, as well as creative interventions, to facilitate the healing process for each individual that walks through her door.

Jeanette Henriques provides administrative support for our Lasting Freedom members, manages member communication, and advises our staff team on other related aspects of the program. She also facilitates groups. Jeanette previously served as Director of Member Services and on the Board of Directors for MentorCONNECT, an online eating disorder recovery community.Jeanette achieved full recovery after a 15 year battle with anorexia, bulimia, depression and post- traumatic stress disorder. Her remarkable story of recovery and redemption demonstrates hope for individuals to find the ability to walk in complete freedom from disordered eating as well as how not to live in the identity of an abuse victim. Jeanette challenges individuals to take ownership of choices and find their identity outside of struggles. Her passion is to help others see that recovery is possible and encourage them to seek that freedom for themselves. Jeanette lives in the DFW area in Texas.

Bethany Kirk is a stay at home mom and part-time Zumba instructor. A former member of Lasting Freedom, Bethany was the first peer-leader to be mentored through the program into a Coaching role. Her story is not unlike that of many we serve, in that she seemed fine on the outside, but felt frozen on the inside by her fears about food and weight. Today she continues to learn and grow and lean into this next season of leading others toward the same hope she has found. She lives in Washington with her husband and children.

Samantha Davis spent her childhood in Texas, relocated with her family to Richmond, Virginia as a teenager, and attended college there. She worked her way through school, earning a Bachelor of Science degree in Psychology and a Post-Baccalaureate Certificate in Information Systems. Her past work experience includes corporations such as Capital One and Circuit City, and a government position with the City of Richmond’s Police Department. For the past 10 years, she has been managing and organizing the lives of her husband and three young kids as a stay-at-home mom, as well as volunteering in church and her children’s schools. She is excited to use her God-given gifts to further His mission through FINDINGbalance.

In addition to groups being run by staff, the following volunteers are currently leading groups for our Lasting Freedom online support program:

Rebecca Feere is a music teacher and former member of the Lasting Freedom program. She spent countless years in fear and shame and felt that there was no hope for her. It was through the Lasting Freedom program that she came to know that there is hope and help because of Jesus. Never in her wildest dreams did she imagine that God could use her struggles to help others. She is thrilled and blessed to be able to help others find hope and freedom from eating disorders. Rebecca lives in Brantford, Ontario with her husband and their two teenagers.

Amy Schaller has been a long-time supporter of Fb, including serving as co-leader of a pilot group for the Finding Balance With Food curriculum and hosting an Fb Gathering in California. Through active engagement in FINDINGbalance programs, Amy has gone from isolating herself as a disordered eater to playing an active part in the Lasting Freedom recovery community, Hungry for Hope, and other volunteer roles. She currently also serves as volunteer social media moderator. She’s been in the fitness industry for 24 years and owns her own personal training business working with seniors & special populations. Amy lives in California with her husband Mark, and has a son, Trace, who is her pride & joy.

Mallori Vogelpohl, MA, LMHC is a licensed counselor and a former member of LF. She understands firsthand the journey toward freedom from eating issues, and is passionate about equipping others to find that freedom in the context of community. Mallori and her husband Derek live in Burlington, Iowa.

Kevin Ganey, PsyD is a licensed clinical psychologist, specializing in treating adolescents (age 12-28) including those struggling with an eating disorder. He completed his master and doctorate in clinical psychology at George Fox University near Portland, OR. Dr. Ganey completed his BS at Messiah College with a Pre-Med Major (Biology/Chemistry). Dr. Ganey’s practice, Ganey Counseling and Consultation, is a faith-based psychology practice that is designed with multiple clinicians including psychologist, licensed counselors, residents and interns. GCC has partnered with local physicians, nutritionists, hospital and women’s center.

Phil Mershon is the director of events for Social Media Examiner. As a former pastor and non-profit executive, he brings over 30 years experience in leading customized events, mission-driven campaigns, and creative communication strategies. He now leads Social Media Marketing World.

Kelley Raetzsch, RD is a registered dietitian and has been helping individuals heal their relationship with food, their body and God for over 10 years.  She brings a compassionate understanding to the treatment of eating disorders through her experiences in various treatment settings. Kelley began her work in eating disorders at the residential level with Remuda Ranch in Virginia and played a key role in the development and opening of their independent living program, Remuda Life.  She also worked with Veritas Collaborative at the PHP and IOP levels before returning to her private practice, Embrace Eating Recovery.  Kelley’s hope is that all will be able to walk boldly in God’s love and embrace their identity in Christ. 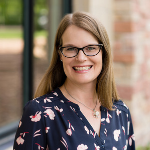 Alisa Shanks, PhD is a clinical psychologist licensed in the state of Colorado since 2004. She is passionate about university mental health having worked at Biola University, the University of Colorado at Boulder, and now Colorado Christian University. She believes in full eating disorder recovery and wishes that everyone had a positive body image. Alisa is a committed Christian who has been married for 19 years and is busy raising two amazing sons.

Travis Stewart, LPC began his work in the field of eating disorders in 2003 at Remuda Ranch where he worked with both adult and adolescent familie s as a primary therapist. He then stepped into the role of Ministry Relations and founded Hungry for Hope, the first Christian conference on eating and body image issues. He brings a unique blend of clinical expertise and communication skills to his role and is passionate about connecting people to resources and experiences that are transformative and healing including the websites URGE911.com and ReflectivePrayer.com. Travis graduated from the University of Nebraska in 1991 with a degree in advertising and immediately began working with the international ministry of The Navigators, mentoring students. His desire to better understand how people change and heal led to a Master of Arts in Counseling (2001) and a Master of Arts in Theological Studies (2003) from Covenant Seminary in St. Louis, Missouri. Travis is now the Director of Business Development and Marketing.