This Is Not About Miley Cyrus

Home » Positive Parenting » This Is Not About Miley Cyrus 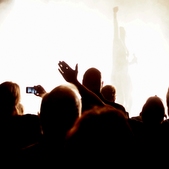 Over the last few weeks, we’ve heard tons of media talk about Miley Cyrus. Had enough? I understand. But trust me – this is not about her. Not really.

Like all else on FINDINGbalance.com, this is about body image issues and the journey toward greater health. Cyrus’ performance at the MTV Video Music Awards proclaimed a decidedly negative message in those areas. That toxic message? Some bodies are of greater value than others.

So much human insecurity and anxiety arises from this belief. That’s especially true for folks whose bodies are quite different from the dominant ideals of beauty in their cultures. It’s certainly one of the lies upon which eating disorders feed. It also runs completely counter to what we see in the Scriptures – that each person is a bearer of God’s image (Genesis 1:27), no one in greater fullness than another, and each is deeply known and loved by the God who formed him or her (Psalm 139:13-18).

But you may ask, how did Cyrus’ act convey that some bodies are more valuable than others? I’ll begin with the faux physical violence. At one point, she put her face between one dancer’s butt cheeks to simulate a sexual pose, and then slapped the dancer’s tush. She was trying to be funny, but in our society, doing that in public demeans the other person. She used someone else’s intimate parts for laughs. In effect, she was saying that the dignity and value of someone else’s body is less important than her own.

Let’s also look at Cyrus’ dancers as a whole. Tressie McMillan Cottom, a researcher at Emory University, points out on her blog that the African American women who danced with Cyrus were “particularly rotund.” Ms. Cottom, who herself is Black, identifies her own body type as being similar, saying, “Cyrus’ dancers look more like me than they do Rihanna or Beyonce or Halle Berry.” Surely this was not a coincidence, Ms. Cottom says, and I agree. Visually, the dancers’ bodies provided a contrast. They highlighted how Cyrus’ white, slender body conforms more closely to our society’s dominant beauty ideal, which is white and slender.

This brings to mind the 2013 Sports Illustrated swimsuit issue. In several of its images, light-skinned, bikini-clad models are juxtaposed with ethnic minority people from poor regions of Africa and Asia. In a similar way to Cyrus’ spectacle, Sports Illustrated uses poor people of color and their seemingly un-glamorous bodies to emphasize the beauty of its models. It’s that same message – some bodies are more valuable than others.

And that message is a lie.

The Scriptures remind us of the truth – that in God’s eyes, all bodies hold equal beauty. So no body is more beautiful than yours or mine! See Psalm 139 again:

“You knitted me together inside my mother. I will give thanks to you because I have been so amazingly and miraculously made. Your works are miraculous, and my soul is fully aware of this” (Psalm 139:13-14).

May God’s truth give us strength to reject toxic body messages, and to delight in how wonderfully He has made us!

Mad at the Photoshopping Media, by Eugene Hung